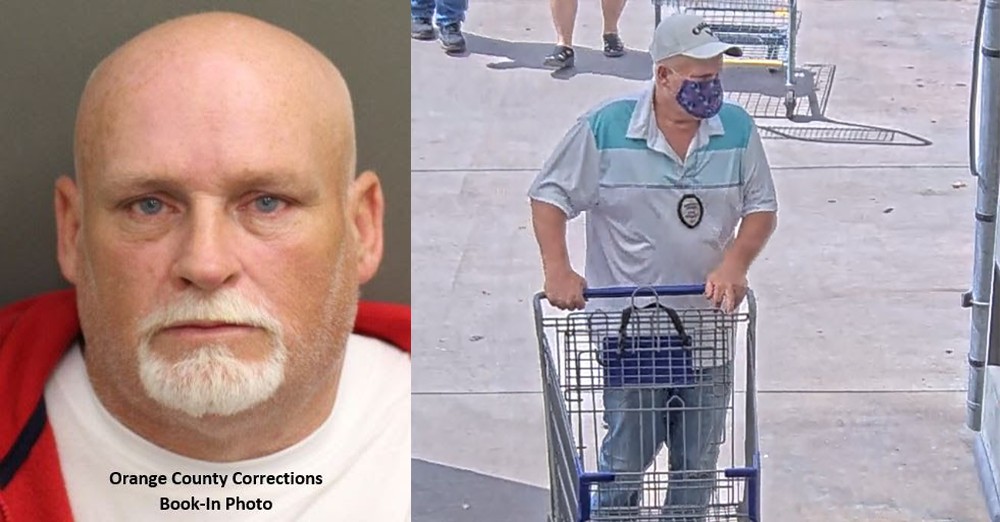 On October 17, 2021, an asset protection investigator from the Lowe’s (23227 US 27) in Lake Wales called the Polk County Sheriff’s Office to report a stolen power inverter generator (valued at $1,129.00). Detectives learned that Tillman entered the garden area, removed a police-style badge from under his shirt, and displayed the badge around his neck. Tillman then told a store associate that he was picking up a donation for the Sheriff’s Office and took the generator from the store without paying.

The investigating detective located the generator at a pawn shop in Orlando where Tillman had sold it just an hour and 15 minutes after it was stolen.

On October 15, 2021, Tillman entered Walmart (7450 Cypress Gardens Blvd.) in Winter Haven and removed a 50-inch Samsung television (valued at $478.00) from the shelf before displaying a police-style badge around his neck. When a store associate stopped Tillman and asked to see his receipt, Tillman told the employee he was picking up the television for the “police department” and had the paperwork in his car. Tillman left the television with the associate and fled the store.

Then on November 3, 2021, Tillman entered Walmart (36205 US 27) in Haines City, and while wearing a Walmart associate vest, stole merchandise valued at $591. Approximately an hour after the theft, Tillman sold the stolen merchandise at a pawn shop in Orlando.

Detectives obtained a warrant for Tillman’s arrest and PCSO sought tips from the public on Tillman’s whereabouts on social media. Read the Facebook post here.

“This guy was posing as a law enforcement officer to steal from retailers – you just can’t make this stuff up. Tillman is already facing a plethora of charges in other counties, and we are going to do everything we can to hold him accountable for his actions.” – Grady Judd, Sheriff

On March 5, 2022, Tillman was arrested in Orange County on the Polk County warrant for:

Tillman told PCSO detectives that he was moving from hotel to hotel and he knew he had warrants for his arrest. He also stated that he owned the badge because he had worked as a “repo-man.” The investigation is ongoing as to what type of badge Tillman was using during the thefts.

Tillman is also being held on warrants in Alachua and Seminole Counties. His criminal history includes 15 felonies and 4 misdemeanors for grand theft auto, fraud, possession of a weapon by a convicted felon, organized scheme to defraud, defraud a health care provider, false information to a law enforcement officer, possession of cocaine, and multiple charges of grand theft, obtaining property by worthless check, failure to appear, and violation of probation.