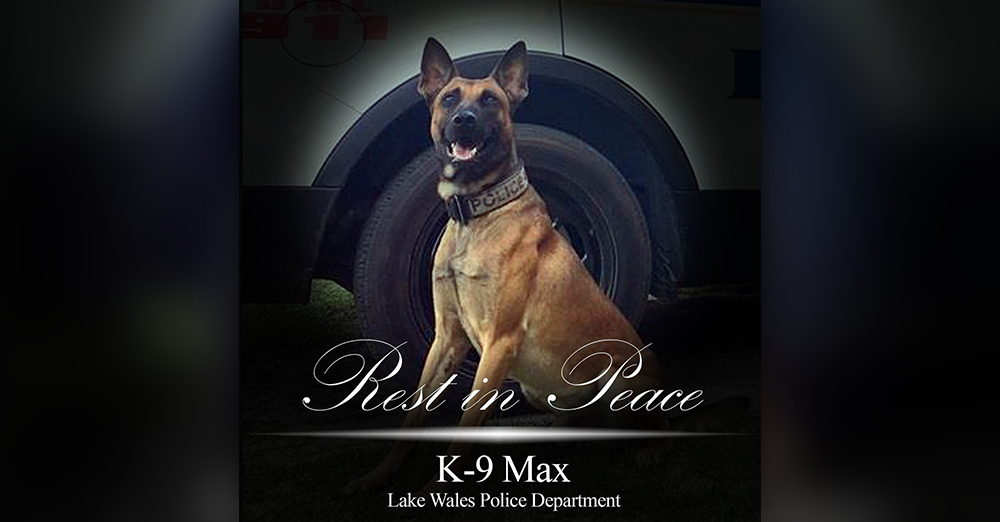 Lake Wales Police Chief Chris Velasquez will brief the media at 2:00 p.m. this afternoon, Wednesday, August 3, 2022 and Sheriff Grady Judd will be in attendance, at the Lake Wales Police Department, regarding the shooting death of a police canine and a LWPD officer-involved shooting. The suspect is deceased. He was a violent convicted felon. No other officers were injured except the canine, Max.

Max has been transported to the Medical Examiners Office for a necropsy.

The Polk County Sheriff’s Office and Lake Wales Police Department are investigating a shooting that occurred in the city this morning, during which an LWPD canine was murdered by a violent suspect.

A procession from the Lake Wales Police Department at 133 East Tillman Avenue was held at 11:45 a.m. this morning to transport fallen canine Max from LWPD to the Medical Examiners Office.

Max’s handler’s LWPD Officer Jared Joyner, led the procession in his agency vehicle with his fallen partner inside.