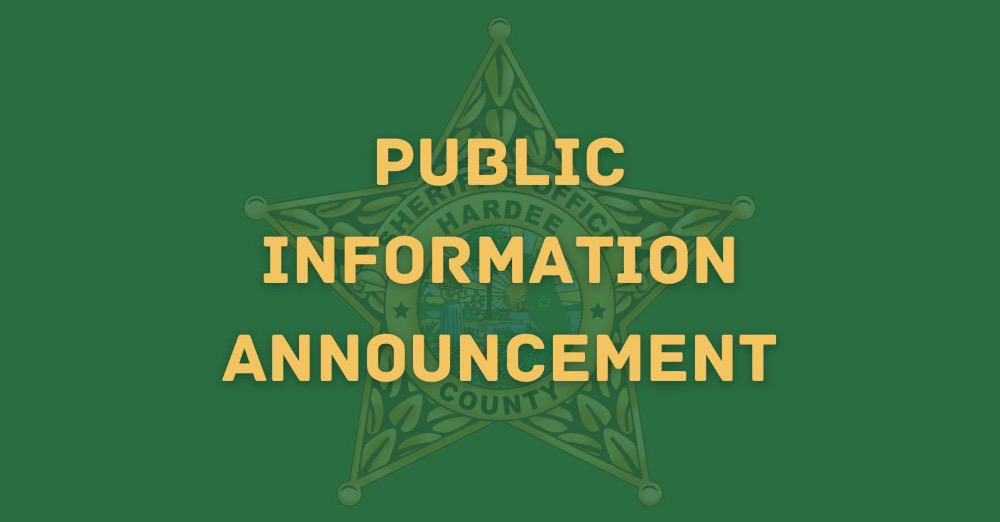 From the Hardee County Sheriff’s Office:

Names, locations, or other personally-identifiable details, as well as inappropriate language, have been removed from this post.

On Saturday, September 3, 2022, the Hardee County Sheriff’s Office received several Fortify Florida tips of an individual making threats to commit a school shooting. Deputies quickly acted on these tips and contacted the author who posted the following message on Snapchat – “When I come back to school I’m shooting whole school and ____ let me know if you wanna go with me everybody gonna die glock 19 drum mag 50 round y’all done (peace emoji, skull emoji) First _____ I wanna gat is ____.”

Deputies interviewed the juvenile and he admitted to posting the message. Deputies searched the residence and located several toy guns inside the juvenile’s bedroom. Deputies also seized the juveniles cell phone.

Sheriff Vent Crawford said, “I commend the individuals who acted so quickly by notifying us of this school threat. The Hardee County Sheriff’s Office takes these types of posts seriously and will hold those individuals accountable for posting threats and disrupting our schools. Finally, I commend our deputies for responding so quickly and taking measures to ensure our students and teachers are safe when they return to school on Tuesday after this Labor Day holiday.”

The juvenile was arrested and charged with Intimidation – Sending Written Threat to Conduct Mass Shooting (F2). This investigation is ongoing.

The Hardee County Sheriff’s Office does not have any reason to believe there is a viable threat to any Hardee County public school.