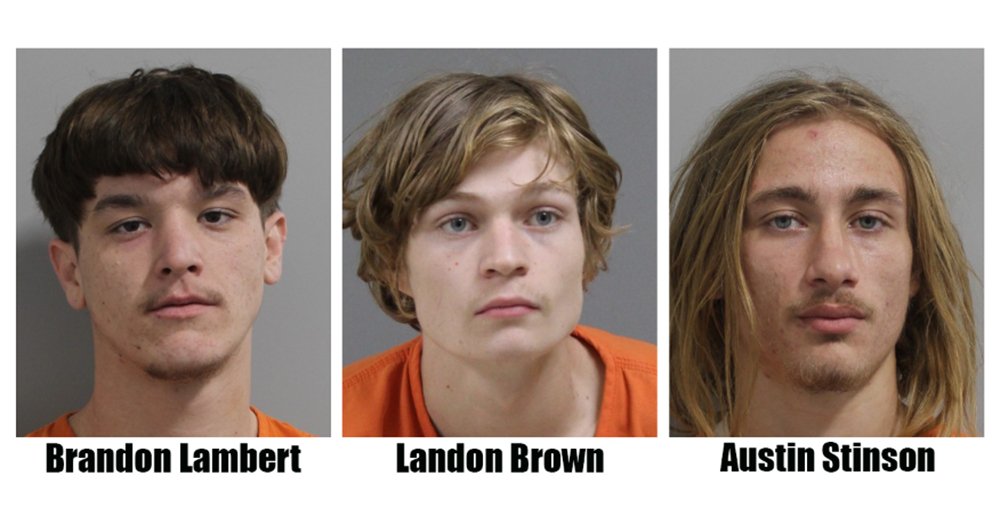 Fingerprints at crime scene lead to three arrests by PCSO

From the Polk County Sheriff’s Office:

Fingerprints recovered from one of four vehicles that were burgled near Lakeland on October 26, 2022 lead to the identification of a suspect, and eventually the arrests of all three suspects involved.

The Polk County Sheriff’s Office has charged each of the suspects with: Burglary of Conveyance (4-counts, F3) and Conspiracy to Commit Burglary (4-counts, F3).

All four of the car burglaries occurred in the area of 2nd Street NW in the Kathleen area of Lakeland, between 12:30 am and 2:00 am.

“This was some solid work by everyone involved who worked to solve these crimes. It was a night of burglaries in which the crooks found nothing to steal, and now all they have to show for it are eight felonies each.” – Grady Judd Sheriff

During the investigation, a deputy found fingerprints on one of the vehicle doors. The prints were submitted to the PCSO Identification Section who determined that they belonged to Brandon Lambert.

During an interview with Lambert, he initially denied any knowledge of the crimes. When the detective asked him if they managed to get anything from any of the vehicles, he replied, “As I recall, it was an empty pockets kind of night.” Lambert was arrested.

As the investigation continued, the identities of the other two suspects were learned.
The detective interviewed Austin Stinson and he confessed to being involved with the burglaries and was arrested.

By the time the detective got to Landon Brown, he was already in the Polk County Jail for an unrelated crime. During his interview with the detective, Brown also admitted to having a role in the burglaries.