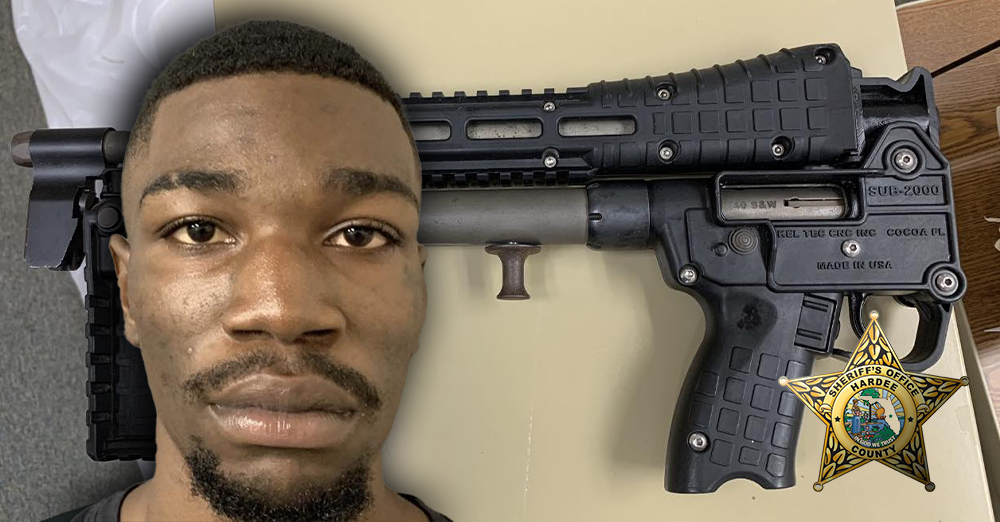 From the Hardee County Sheriff’s Office:

On November 3, 2022 approximately 8:00am, detectives with the Hardee County Sheriff’s Office observed a 19 yr old, identified as Junior Louis, approach a group of school-aged children who were waiting at the bus stop. Louis, who was wearing a backpack, was observed speaking with a youth who was later identified as an 8th grade student at Hardee Junior High School. The detectives observed Louis hand the student an unidentified object just prior to boarding the school bus. As Louis walked away from the bus stop, he was observed continuously looking over his shoulder in the direction of detectives. Additional officers were notified to locate the bus, which held the student, to determine the object exchanged.

Contact was made with Louis after he appeared looking nervous and knocking on an apartment window. He told officers he was trying to make contact with a friend, which further raised suspicion of Louis’ presence in the area. When officers questioned Louis about the hand-to-hand exchange at the bus stop he explained that he knew the child and he gave him some money. In further conversation, Louis admitted to carrying a firearm in his backpack. The firearm, identified as a Kel-Tec Sub-2000, .40 caliber folding stock with an extended magazine containing 28 live rounds, was located inside Louis’ backpack. The serial number on the firearm appeared to be altered, and an ammunition box containing additional rounds were also located in the backpack.

Also during this time, officers were notified that the bus in question had already dropped off the students at the school. Hardee Jr. High administration was notified and immediately put the school on lockdown status. School administration was able to identify the student based on the officer’s description and bus number. The student was located where he and his belongings were searched. No weapons or illegal substances were found. When questioned the student confirmed that he did receive money from Louis at the bus stop.