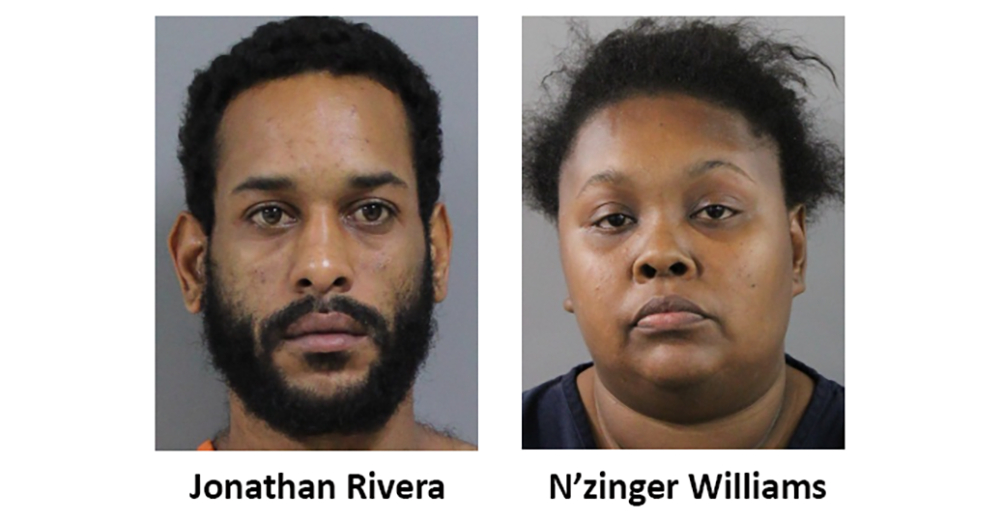 Deputies, supported by K-9 and Drone units, responded to a residence at 107 Arizona Avenue in Lakeland and quickly arrested the suspects, 30-year old Jonathan Rivera and his girlfriend 28-year old N’zinger Williams at about 5:16 pm.

Both suspects were taken to the PCSO Sheriff’s Processing Center to be booked-in and will await extradition to the Virgin Islands.

“The suspects are wanted for the murder of a 28-year old St. Croix man in June of this year. They are both from the Virgin Islands and came here in late June apparently thinking Polk County would be a good place to flee to. They were obviously wrong.” – Grady Judd, Sheriff