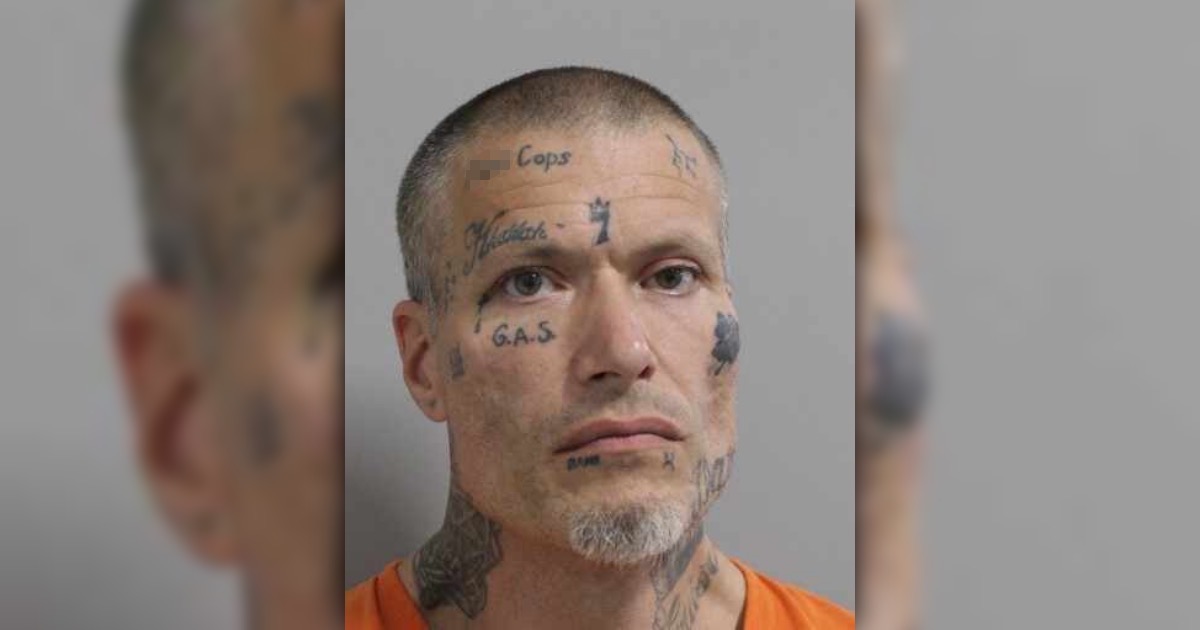 The Officer-Involved Deadly Incident (OIDI) task force for the 10th Judicial Circuit is investigating the death of a registered sex offender inmate that occurred at a local hospital on December 23, 2022, where the inmate was transported immediately after violently attacking detention deputies at the South County Jail.

Inmate Eric Nelson (DOB 3/30/1976) was arrested by the Lakeland Police Department earlier that morning when they received a report of a white male possible burglary suspect running away from the Taco Bell on US Hwy 98 North towards the north Lakeland Starbucks. LPD officers located the suspect holding a backpack in the Starbucks parking lot. During a search of the backpack, officers found a bag of syringes, and located within his sock a baggie containing a substance that tested positive for methamphetamine. Nelson told the officers that he uses the needles to “shoot meth.” He was placed under arrest and charged with possession of methamphetamine and drug paraphernalia.

After he was transported by LPD to the Sheriff’s Processing Center, he became agitated and was cursing at jail and nursing staff. He made the statement that he “hadn’t slept in five days” and had recently gotten out of prison and “sometimes you have to prove yourself.” Medical staff noted that he appeared to be under the influence of illegal narcotics. After being placed in a private holding cell due to his behavior, he became enraged and began repeatedly kicking the cell door. Due to his violent behavior and threats to harm deputies and other inmates, medical staff determined that he would need to be placed in the medical dorm on suicide watch. He was then transported to the South County Jail in Frostproof.

Nelson arrived at the jail around 11:50 a.m. and was escorted to the medical dorm changing room, where he was instructed by a detention deputy to remove his clothing and put on a smock. Due to his enraged combative nature at his initial processing, two other deputies were present at the changing room. Nelson initially refused to change clothing, but then abruptly removed his shirt, threw it on the floor, and attacked one of the deputies, punching him twice in the face. Nelson continued to violently fight as all three deputies attempted place him into handcuffs. Even after being placed on the ground the inmate continued to fight, punch, kick, and bite the deputies. The deputies got one handcuff on one of his wrists, but he swung his arm with the loose handcuff around in an attempt to strike the deputies, and was able to get up off the floor, at which time more deputies arrived to assist. It was abundantly evident to the deputies that he exhibited strength greater than a normal person, likely due to the influence of an illegal drug.

Deputies deployed their agency-issued chemical agent (spray) in order to gain control over the inmate, which had no effect, and the inmate continued to violently fight and resist the deputies. He was also biting them. Eventually the deputies were able to secure him in handcuffs, and place shackles on his leg as he continued to fight and kick the deputies. The inmate was then carried by four deputies to a cell as he continued to fight. When they arrived at the private cell, he was placed on the floor so his restraints could be removed, according to protocol. Once they were removed and deputies prepared to leave the cell, they observed he wasn’t breathing and his face was changing color. The jail and medical staff immediately retrieved an AED and began CPR, and the inmate was transported to a local hospital, where they continued life-saving efforts to no avail.

Nelson’s extensive 26-year criminal history (beginning in 1996) includes 16 total criminal charges, including 12 felonies and 4 misdemeanors, and 5 felony convictions. His prior criminal charges include rape, battery on a LEO, resisting arrest with violence, failure of sex offender to report name or residence change, use of false info to obtain an ID, fugitive from justice, grand theft of a motor vehicle, grand theft, dealing in stolen property, possession of heroin with intent to sell, and drug possession. He has been incarcerated in the Florida State Prison system three times: from 2004 to 2006 for battery on a LEO, resisting arrest with violence, and possession of meth; from 2011 to 2013 for grand theft, criminal use of personal ID, and failure to comply with sex offender registration; and from August 2019 to August 2022 for violation of probation (3 counts). He is a registered sex offender based on a 1997 arrest in Lexington, Kentucky, for rape.