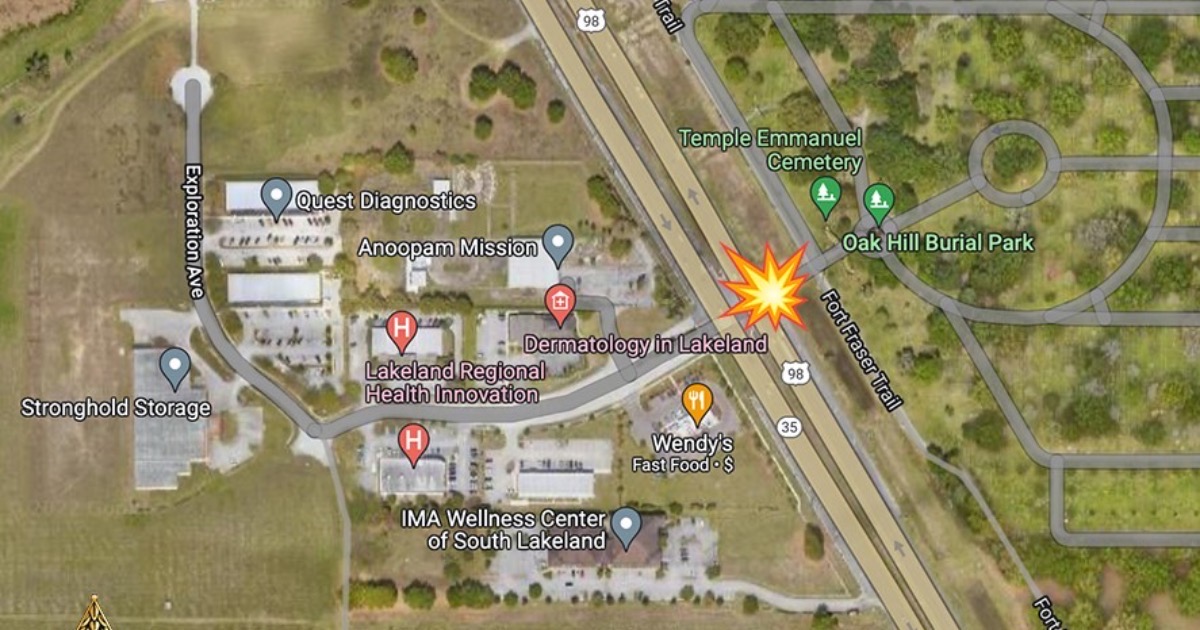 PCSO investigating hit and run crash on US-98

Detectives from the Polk County Sheriff’s Office are investigating a hit and run crash that occurred on U.S. 98 near Innovation Drive in Lakeland that resulted in the death of a 43-year-old Lakeland man.

At around 7:15 am on Saturday, December 10, 2022, PCSO deputies and Polk County Fire Rescue responded to a report of a person laying on the east shoulder of U.S. 98.

The preliminary investigation determined that sometime between midnight and 7:00 a.m. Saturday morning, the victim was walking north along the edge of the northbound lane when he was struck by an unknown vehicle. The vehicle failed to stop and continued northbound on U.S. 98.

Based on evidence found at the scene, the suspect’s vehicle is a late 1990’s to mid-2000’s General Motors truck or large SUV. There may be damage to the front passenger side of the vehicle.

If anyone has any information regarding this hit and run investigation, please contact the Polk County Sheriff’s Office at 863-298-6200. Tips can also be made anonymously to Heartland Crime Stoppers Florida at +1 (800) 226-TIPS (8477), and if the tips leads to an arrest, the tipster could be eligible for a reward.