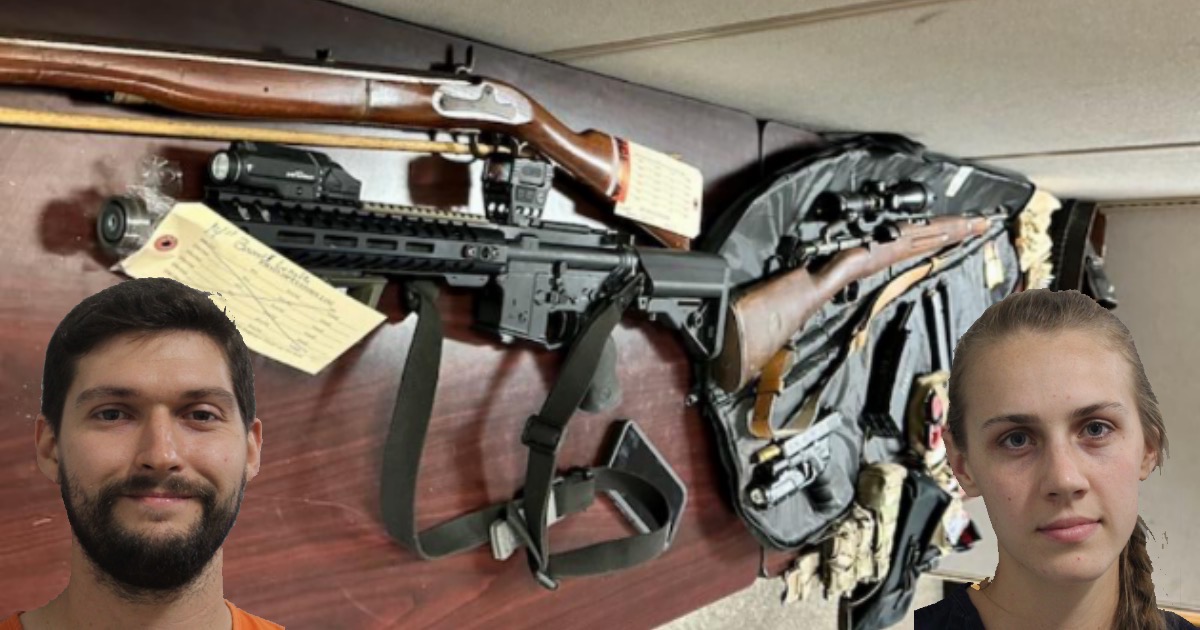 Two people were arrested and two illegally altered firearms were seized by the Polk County Sheriff’s Office on Thursday, December 8, 2022, near Lakeland after a Florida Highway Patrol trooper encountered resistance from the couple during a traffic stop.

The passenger, 23-year old Tiffany Ann Beam, of Lakeland, was charged by the PCSO with Resisting without Violence (M1).

At about 6:25 am Thursday morning, the trooper stopped the couple’s blue 1985 Chevrolet truck, on Kathleen Road near Laurel Woods Lane. The truck had no license plate displayed.

Upon contact with the couple, Doolin refused multiple requests to identify himself and exit the vehicle, and the trooper noticed a handgun on the seat between the occupants which Doolin told the trooper was for his protection against law enforcement.

For safety purposes, the trooper returned to his patrol vehicle and requested backup.

When deputies arrived, they ordered the couple to exit the truck numerous times, and both refused.

The deputies then approached the truck while using a ballistic shield for their protection, and repeatedly ordered the two out of the truck. They continued to refuse. Deputies then broke the back window of the truck. Doolin again refused to exit the vehicle and a Taser was used to take Doolin into custody. Beam offered no further resistance.

During an inventory of the truck, five firearms were found. Among them were a Glock 9mm handgun which had been altered from semi-automatic to automatic, and a rifle that was also altered to operate as an automatic weapon, and was equipped with a 14″ barrel. Federal law requires a barrel length of a rifle to be no less than 16″. The rifle also had no identifiable model or serial number.

“Samuel Doolin thinks he’s above the law. He doesn’t like to obey the same laws that every one of us abides byfrom simple traffic laws to more serious crimes of illegal firearms. We don’t know what he planned to do with those firearms, but we know he won’t be getting them back.” – Grady Judd, Sheriff 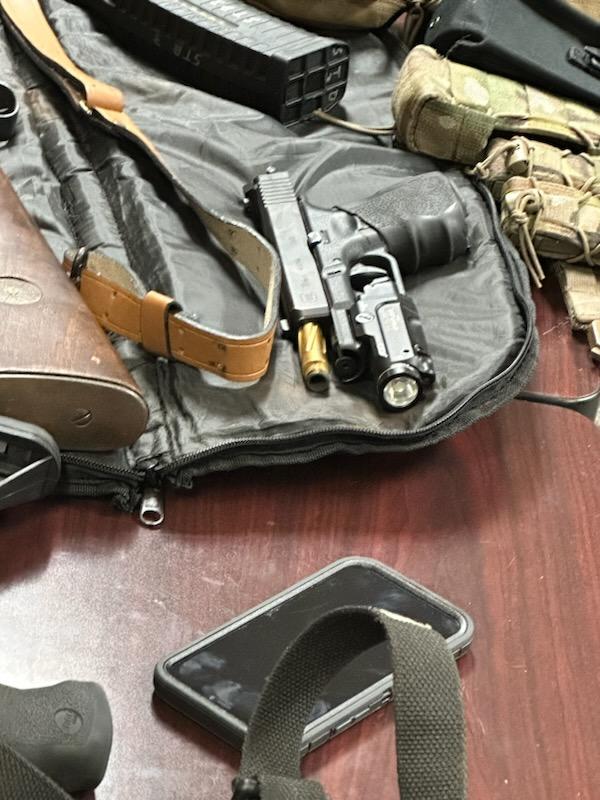 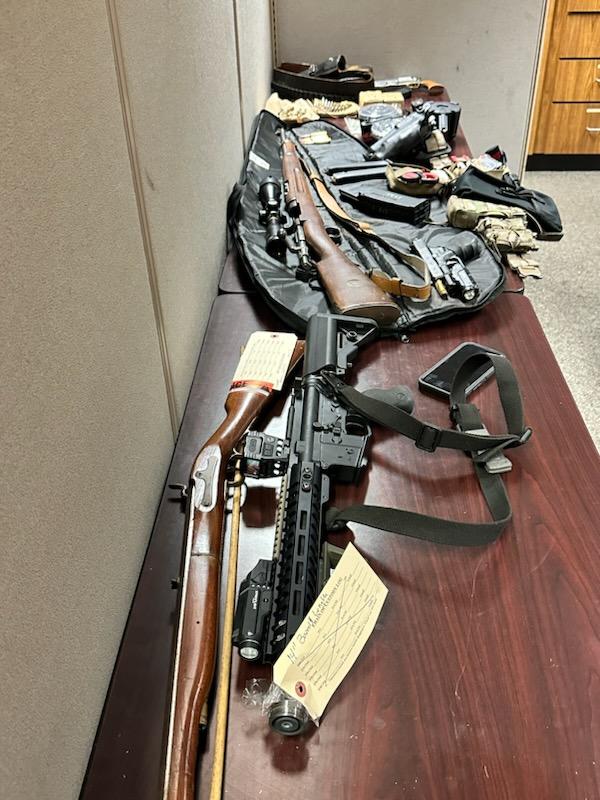 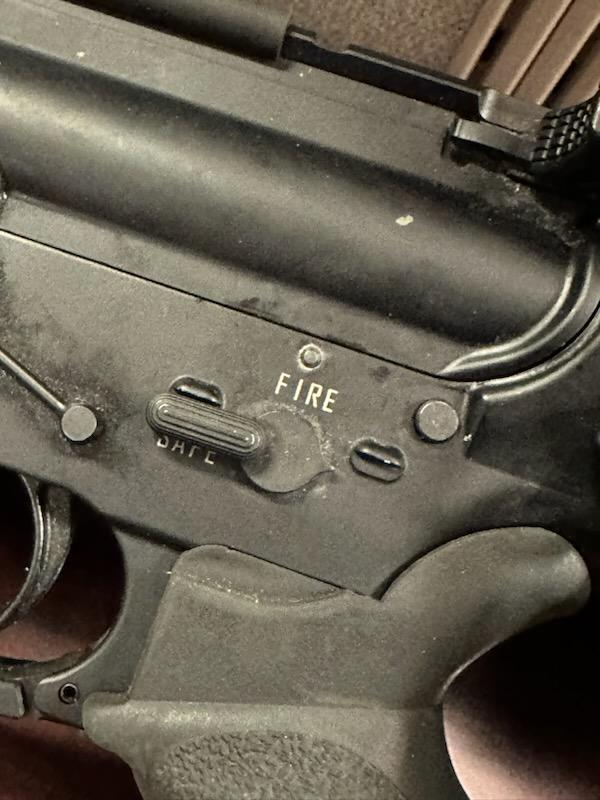 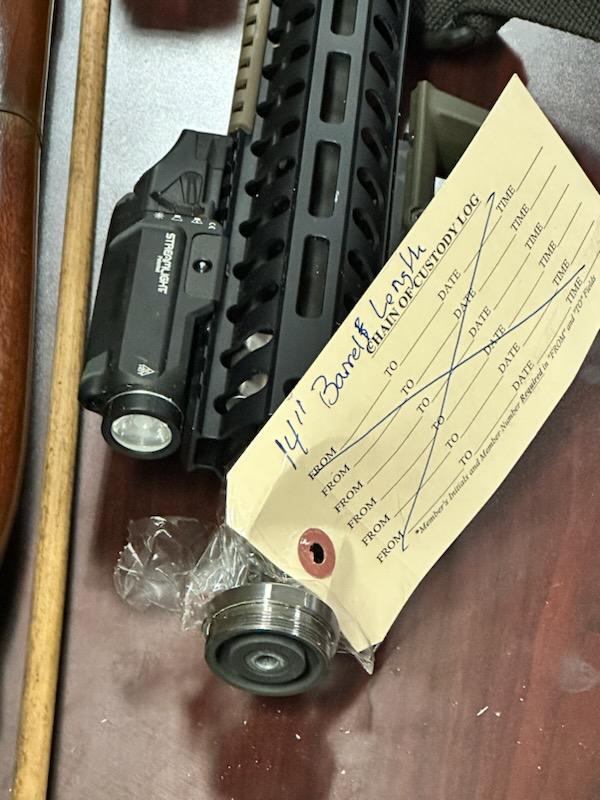